DAZN News US
Share on FacebookShare Share on TwitterTweet
Two championships fights highlight UFC 255 on Saturday from the UFC Apex in Las Vegas. 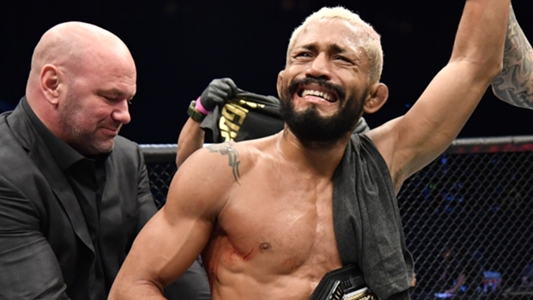 UFC 255 goes down Saturday night from the UFC Apex in Las Vegas, Nev.

Two flyweight title fights top the bill as Deiveson Figueiredo puts his belt on the line against No. 4-ranked Alex Perez in the main event of the show. The co-main event features Valentina Shevchenko defending her women's title versus No. 3-ranked Jennifer Maia.

Figueiredo won the belt in July, plowing through Joseph Benavidez by first-round submission to win his first world title. The Brazilian had been set for his first title defense with Cody Garbrandt. But in October, Garbrandt tore his bicep and was pulled from the card. The UFC didn't have to look too far as Perez was already on the card against Brandon Moreno.

Perez entered the UFC through the Dana White's Contender Series. He has made the most of his opportunity by going 6-1 with four of those victories via stoppage.

Will the dominant champions be able to successfully defend their straps or do the challengers spring the upsets?

Stay locked in as DAZN News will have all of your UFC 255 needs starting at 9 p.m. ET.