Is there a NASCAR race today? Date, start time, TV schedule for next race after 2021 Easter break

Sporting News
Share on FacebookShare Share on TwitterTweet
NASCAR is taking Easter weekend off. Find out when it will return to racing. 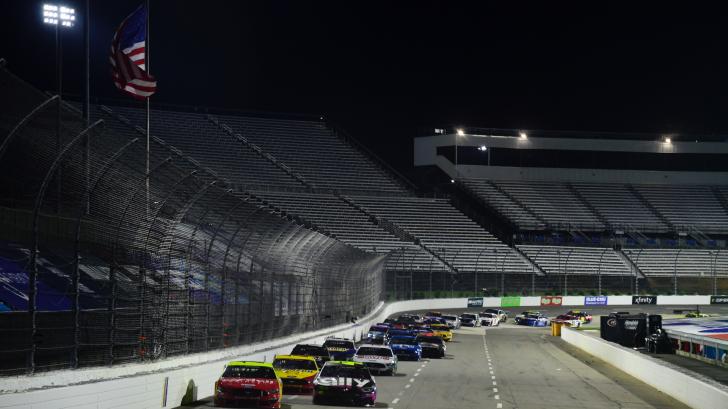 For those asking "Is there a NASCAR race today," the answer is that NASCAR is taking a one-week break that coincides with the Easter holiday.

NASCAR's top national series is off the track for the first weekend of April 2021. This is the first dark week of the season after seven consecutive weekends of racing beginning in mid-February with the Daytona 500.

Fans can use the time off to gear up for a longer stretch of uninterrupted racing that will extend into the middle of summer.

Here's what you need to know about NASCAR this weekend and when the next race will be:

Is there a NASCAR race today?

No, there is not a NASCAR race today, nor was there one earlier in the weekend. All three national series (Cup, Xfinity and Truck) are off on Easter weekend. Racing will resume the weekend of April 9-10. The Cup and Xfinity series' will both race at Martinsville Speedway then; the Xfinity Series race is scheduled for Friday, April 9, and the Cup Series race is scheduled for Saturday, April 10. The next Truck Series race will be Saturday, April 17, at Richmond Raceway.

Why doesn't NASCAR race on Easter?

The Easter break has become a NASCAR tradition. Teams and fans are given the time off to celebrate the religious holiday away from the track. No Cup Series races have been run on Easter Sunday since 1989 at Richmond, and that event was a makeup of a February snowout.

All three NASCAR national series have been dark on Easter weekend since 2012: no races on the Saturday before or the Monday after.

NASCAR will have two more scheduled off-weeks this season, and they will be consecutive: the weekends of July 24-25 and 31-Aug. 1. The breaks coincide with the Summer Olympics in Tokyo.