Twitter reacts to Steven Adams trade with jokes, sadness and thanks

OKC Thunder Wire
Share on FacebookShare Share on TwitterTweet
After news broke that Steven Adams was traded to the New Orleans Pelicans, Oklahoma City Thunder fans tweeted their thanks to the Big Kiwi. 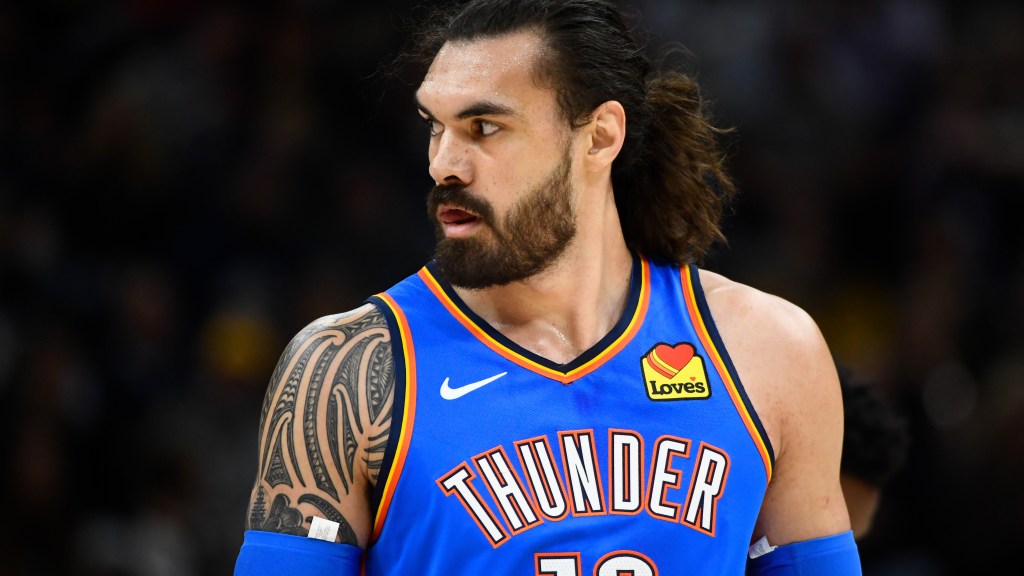 The longest tenured Thunder player and fan-favorite is no longer in Oklahoma City.

Rebuilds and salary sheddings have its costs to a team and a fan base. The Big Kiwi is the latest sacrifice in general manager Sam Presti’s efforts to transform the roster with an eye purely on the future.

Over Adams’ seven years with the Thunder, he averaged 9.8 points, 7.6 rebounds, 1.2 assists, 1.0 blocks and 0.9 steals per game. His 58.87 field goal percentage is the fourth-best career mark of any player in league history.

People on Twitter responded after the trade was reported, with many Thunder fans and reporters alike thanking Adams for his time in Oklahoma City.

There was even a pretty apt comparison to a particularly upsetting Thanos scene in the Avengers.

While some think Adams will fit well on the Pelicans, some are more excited about his fit in New Orleans.

Others are expressing incredulity of what Adams and Zion Williamson will look like on the floor together, punishing opponents for running into their screens.

Anyone who has to deal with zion and steven adams screens for 48 minutes. pic.twitter.com/8PBJN0llOI

The Thunder will have plenty of opportunities to get their next great with all the draft picks they have accumulated, but while they struggle on the court, it will be difficult for fans to have said goodbye to all their favorite players.

Adams hits harder than most players who have been moved.