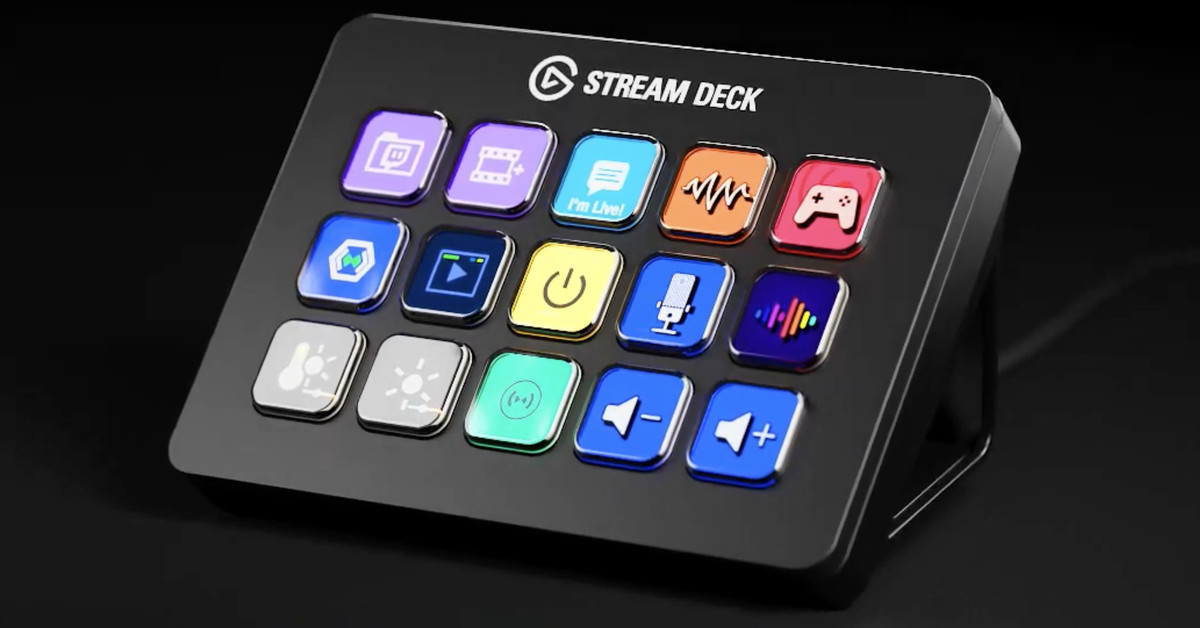 Elgato’s Stream Deck is a popular tool for live-streamers, letting them set shortcuts and controls they can access with the push of a button, and the company announced a new model on Thursday, the Stream Deck MK. 2. This version brings a host of welcome improvements, including a detachable stand, interchangeable faceplates, and a removable USB-C cable. You can order it right now on Elgato’s website for $149.99.

While the Stream Deck MK. 2 does seem like a nice upgrade, it was announced on perhaps the worst possible day. Just a few hours ago, Valve made a huge splash by revealing its new handheld gaming console called the Steam Deck.

While they’re entirely different products, there’s sure to be some confusion about the names “Stream Deck” versus “Steam Deck.”