MARCA.com
Share on FacebookShare Share on TwitterTweet
Paris Saint-Germain had to rely on an 87th-minute penalty by Kylian Mbappe to beat Angers 2-1 at the Parc des Princes on Friday night. Mauricio Pochettino's side fell behind in th 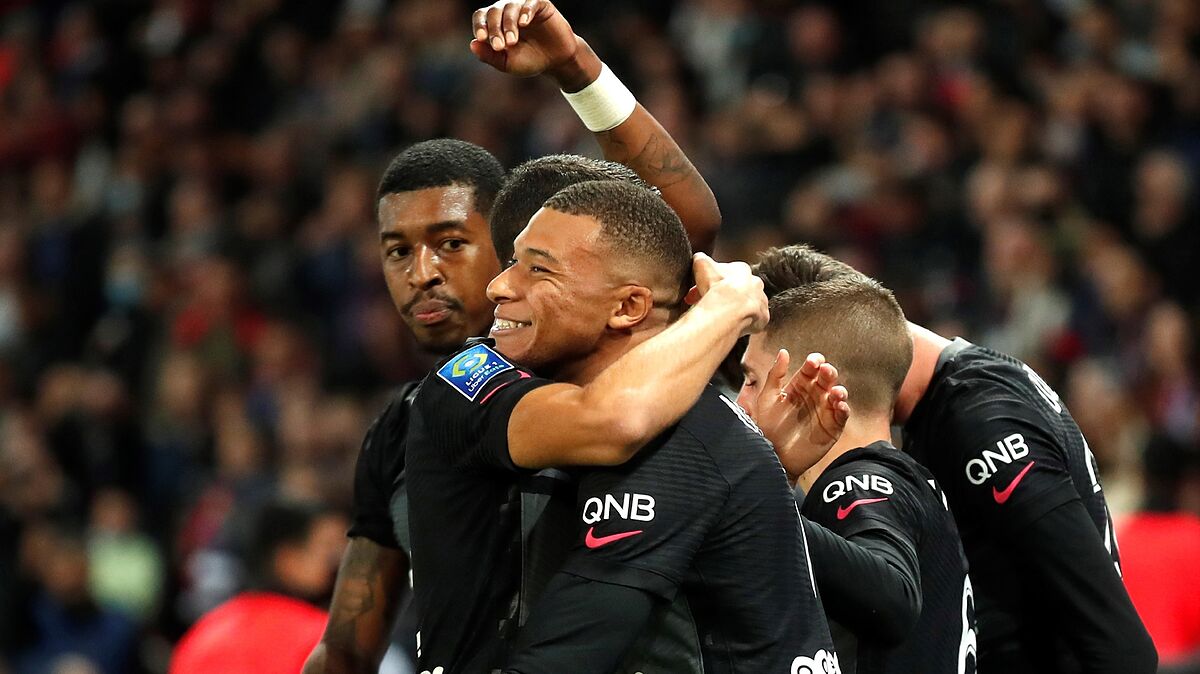 Paris Saint-Germain had to rely on an 87th-minute penalty by Kylian Mbappe to beat Angers 2-1 at the Parc des Princes on Friday night.

Mauricio Pochettino's side fell behind in the 36th minute as Angelo Fulgini gave Angers a surprise lead, and it took until the 69th minute for Danilo Pereira to equalise. Mbappe then converted from the penalty spot three minutes from time to secure all three points for PSG.

It was a disappointing performance on the whole for PSG, although it should be noted that they were without six players - Lionel Messi, Neymar, Angel Di Maria, Leandro Paredes, Marquinhos and Keylor Navas - due to their late return from the CONMEBOL and CONCACAF World Cup qualifiers. In the case of Keylor, he picked up an injury whilst with Costa Rica so would not have been able to play anyway.

Due to Messi and Neymar not being available, Pochettino decided to try Rafinha Alcantara on the right wing, Mauro Icardi up top and Mbappe on the left wing, but it didn't seem to work. For the first hour, Mbappe was particularly quiet.

There was the initial push forward by PSG at the start of the game, but once Angers had weathered the storm, they began to counter-attack with confidence. Then, their efforts paid off in the 36th minute, as Jimmy Cabot dispossessed Marco Verratti in the PSG midfield before picking out Sofiane Boufal, who played a fizzing across along the six-yard box that Fulgini was able to send into the back of the net from a couple of yards out.

Angers continued to impress and it seemed increasingly likely that they could come away with something from this game, but their task was made a lot harder in the 69th minute. Some patient attacking play by PSG led to Mbappe finding himself on the right-hand side of the box with a handful of players in the area, and his perfectly weighted cross was met by Danilo, who managed to get between two Angers defenders and head home.

In the 84th minute, as Angers appealed for a corner in the PSG half, the referee was told to check the VAR monitor. In PSG's previous move, Icardi had appeared to foul Angers centre-back Romain Thomas on the edge of the box before finding his way to the near post and having his header blocked by the hand of Pierrick Capelle. Ultimately, the referee decided to point to the spot.

Given the absences of Messi and Neymar, Mbappe stepped up and assumed responsibility. Three minutes after the initial VAR check, Mbappe took the penalty and fired it into the bottom right corner, beyond the reach of Paul Bernardoni. Pochettino could breathe a sigh of relief on the PSG touchline.

This result was needed for PSG, particularly after losing to Rennes last time out, and now they will look ahead to a week in which they host RB Leipzig in the Champions League before facing Marseille in Le Classique five days later.