Covid-19: Omicron case was active in the community, Ministry of Health confirms

RNZ
Share on FacebookShare Share on TwitterTweet
The Ministry of Health has confirmed that a border-related case with the Omicron variant was briefly active in the community in the Auckland CBD earlier this week.

The Ministry of Health has confirmed that a border-related case with the Omicron variant was briefly active in the community in the Auckland CBD earlier this week. 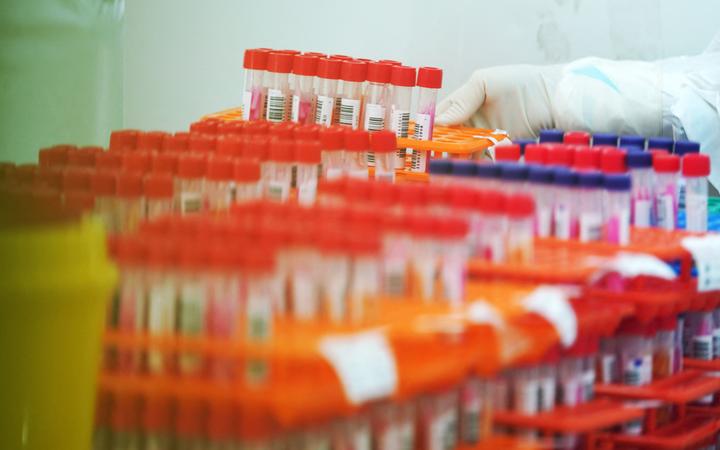 The case arrived on a flight from the United Kingdom via Doha on 16 December and is fully vaccinated with a mRNA vaccine.

They completed a full 10 days in isolation - seven days in a managed isolation facility and three days in self-isolation.

"They had previously returned three negative tests for Covid-19 while completing 7 days of managed isolation at a facility in Auckland," the ministry said.

Earlier this month, the government announced a change to the MIQ system to prevent the spread of the Omicron variant - extending the shortened seven-day period to 10 days for arrivals from 11.59pm on 23 December.

However, the person went out into the community before getting the results of their day nine test after the self-isolation period was complete, the ministry said.

The day nine test result came out on 27 December, by which time the case had already been out in Auckland's CBD on 26 and 27 December.

As a result, there is risk of transmission to unknown members of the public, the ministry said.

"They were immediately transferred to an Auckland MIQ facility on the same day [27 December]."

Subsquent whole genome sequencing has revealed they have the Omicron variant.

"No other Covid-19 infections have been identified from the individual's flight. Investigations are underway as to the source of the infection."

A number of close contacts have been identified and those tested have returned negative test results.

Some attendees have been identified as close contacts and will be contacted by public health.

The Ministry of Health said it was taking the situation seriously and taking a precautionary approach.

"However, we do not believe that the individual was highly infectious at the time of the above exposure events."

It is encouraging all Aucklanders to check the Locations of Interest website regularly and follow the advice provided.

"We have been doing everything we can to prepare for Omicron and to keep it out of the community since the variant was first identified. This has included undertaking whole genome sequencing on every PCR sample taken from Covid-19 cases detected in international arrivals."

Any further information on the case and next steps will be made available tomorrow.

There were 46 new community cases reported in New Zealand today.