Rugby.com.au
Share on FacebookShare Share on TwitterTweet
The Western Force travel to Dunedin in what's shaping as a potential finals eliminator as they face the Highlanders. 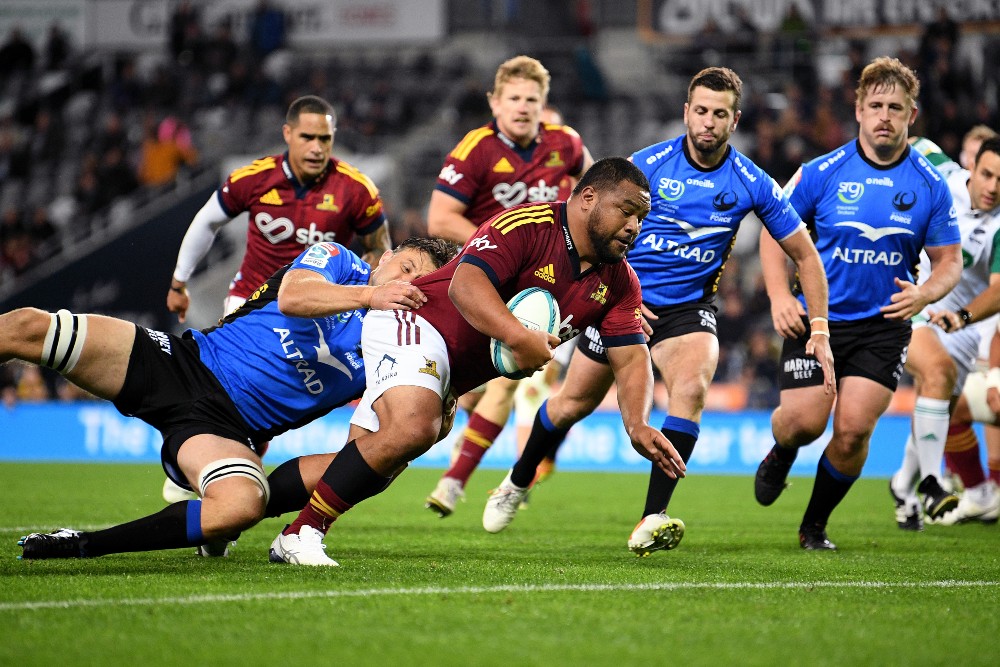 The Western Force's Super Rugby Pacific season is in tatters after a 61-10 humbling at the hands of the Highlanders.

They copped an early barrage and were down 28-5 within 23 minutes after conceding four tries in Dunedin on Friday night, uncompetitive against a ferocious home team looking to boost their playoffs ambitions.

The loss leaves the Force eight points outside the top eight with three games left, and they look very long odds to close that gap with their fixtures including the Chiefs and Hurricanes.

Force captain Kyle Godwin acknowledged it had been a rough night, with his side conceding eight tries.

"We were our own worst enemies there unfortunately," he told Stan Sport.

"We were very much chasing the game from the start ... they were on and just had a great start to that game.

"The physicality, the breakdown area, we were really poor in that area tonight, the Highlanders had a flurry of quick ball."

It again highlighted the gulf between the Force and the competition's elite, falling to 0-3 against New Zealand-based sides this campaign, while it was a third-straight win for the Highlanders as they continue a late-season charge.

Hooker Andrew Makalio struck first inside two minutes but the blowout really began to loom when big forward Marino Mikaele-Tu'u made it two tries in five minutes by capping a sweeping team move.

Former All Black lock Jeremy Thursh pulled one try back for the Force but they quickly copped another pair, with the dominant Mikaele-Tu'u doubling up by peeling off a scrum on 22 minutes.

Makalio had his double quickly after halftime, his barging effort so powerful it sent Force centre Bayley Kuenzle to the bench with a head knock.

The early try seemed to break the Force's spirit and the points piled up as Rhys Marshall and Folau Fakatava crossed for the Highlanders, and matters only got worse when Richard Kahui was sent off for a high shot.

The Highlanders wouldn't let up, finding two tries in the final few minutes to complete the  mauling.

Mikaele-Tu'u produced a magical display with 45 run metres to go with his two tries, while centre Thomas Umaga-Jensen (45m) and Fetuli Paea (60m) were also influential.

The Highlanders remain eighth on the table and close the regular season facing the NSW Waratahs and Melbourne Rebels.

Highlanders captain Aaron Smith said it was a big result as they look to make an impact in the playoffs.

"It's an outstanding result for us, great to be back at home, we had a good couple of weeks away," he told Stan Sport.

"To put a performance like that out there, one we've probably been searching for all year (was great).

"You could see the energy ... really proud of our effort, a full 23-man squad, to finish like that is pretty special."

"We'll take the win, they don't come easy in this comp ... we're just trying to build our game for the playoffs."