RNZ
Share on FacebookShare Share on TwitterTweet
A strong 5.8 earthquake has rattled the top of the South Island, and lower North Island tonight. 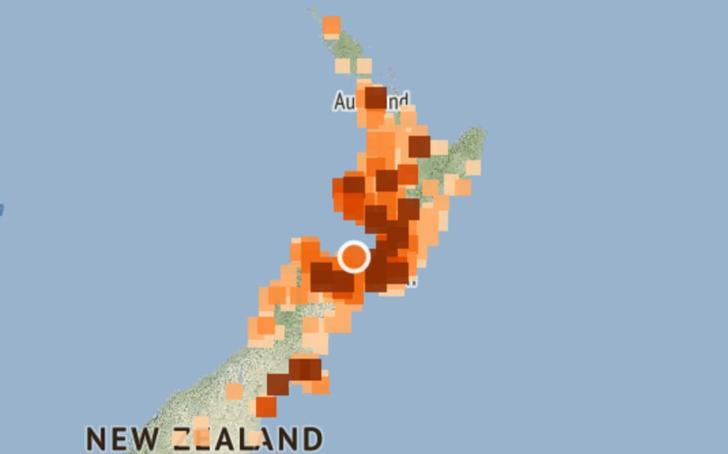 More than 44,000 people registered with GeoNet as having felt the 5.8 quake in the 15 mins after it hit. (The darker marks show the location of people who reported stronger shaking). Photo: Supplied/ GeoNet

A strong 5.8 earthquake has rattled the top of the South Island, and lower North Island tonight.

GeoNet said the quake was centred about 30 km north-east of French Pass, at the north end of Tasman Bay

In the 15 minutes following the earthquake more than 44,000 people registered on the GeoNet website that they had felt the shaking.

You might have felt that shake! Caused by a M5.8 earthquake in the Marlborough region. It was moderately deep and felt over a wide area – typical of earthquakes of this size and depth. It caused strong shaking and has received around 44,000 felt reports. https://t.co/OYGFlpOkAX pic.twitter.com/ipqhgRuYjG

The highest group of respondents in that time, 8145 people, said it felt like moderate shaking - which GeoNet described as an earthquake strong enough to wake most sleepers, with some objects shifting about, and some breaking of glasses and crockery.

Meanwhile, residents at the top of the South Island were worried the earthquake might cause more landslides.

"There was a sudden really big jolt like a truck had hit the house and then some shaking which gradually eased off but it felt like a big earthquake.

"We've got neighbours ringing around to make sure everyone's OK. We're all concerned about the slips - are they going to move again. There's a bit of anxiety out there."