Newshub
Share on FacebookShare Share on TwitterTweet
All the latest on New Zealand's COVID-19 outbreak and Omicron threat. 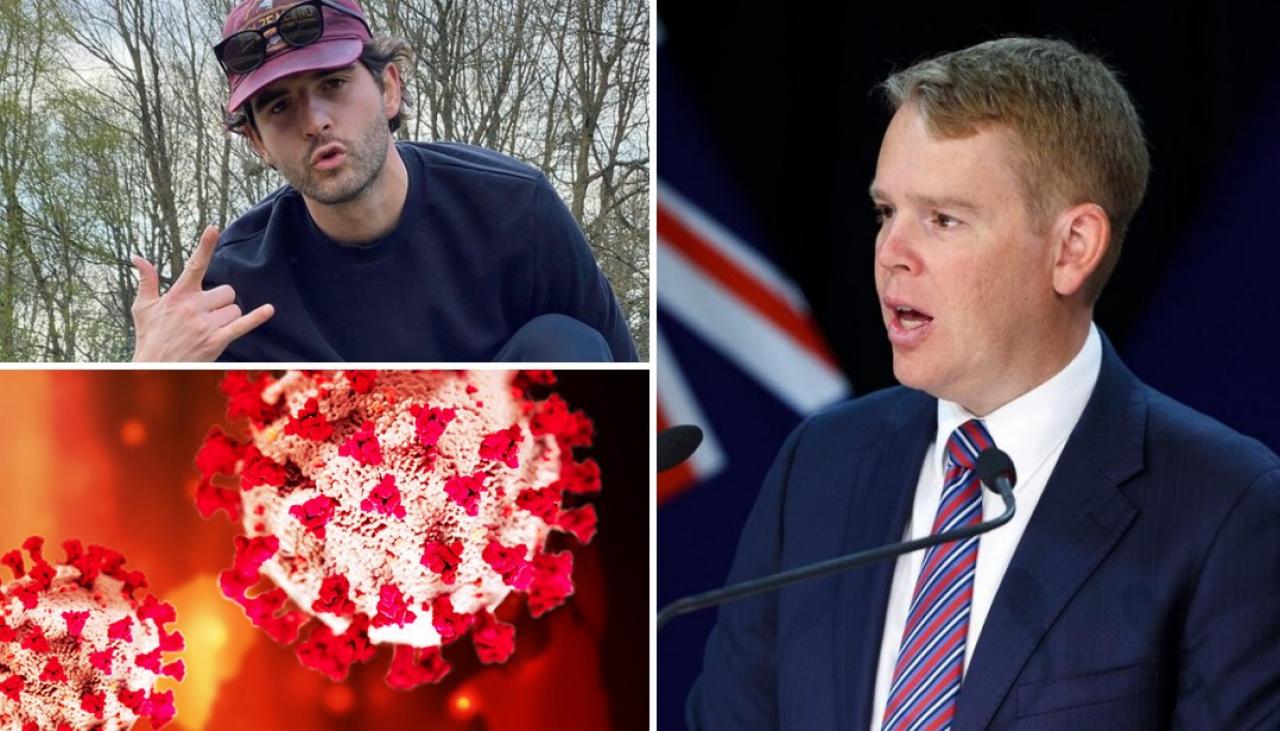 There were 60 new COVID-19 infections in New Zealand on Thursday - but fears over an Omicron outbreak were kept at bay for now, with just one more Omicron case who had been active in the community detected.

That second case - unrelated to the infection of British DJ Dimension - was an Air New Zealand crew member. No locations of interest have been identified yet, and seven close contacts have returned negative tests so far.

New Zealand will discover today if any of the close contacts of Dimension (AKA Robert Etheridge) who were still awaiting their COVID-19 test results have tested positive.

It comes as every area that was at the red setting of the traffic light system - barring Northland - moved to orange overnight. That includes Auckland, Taupō, Rotorua lakes districts, Whakatāne, Kawerau, Ōpōtiki, Gisborne, Wairoa, Rangitīkei, Whanganui and Ruapehu.

What you need to know:
Related News
Live updates:

11:45am - Two new locations of interest have been added to the Ministry of Health website, both in Tauranga.

The first is SKIN Dermatology Institute Tauranga South (between 7:38am and 9:30am on Tuesday, December 21) and the other Fifth Avenue Family Practice (between 10:10am and 10:45am on Wednesday, December 22).

People who were at either of these locations at these times are advised to self-monitor for COVID-19 symptoms for 10 days after exposure. If symptoms develop, get a test and stay at home until you get a negative test result.

The Australian state has just recorded a massive 21,151 new infections on New Year's Eve, along with 763 people in hospital, 69 in ICU and six deaths.

A number of mysteries still remain - the most pressing being whether British DJ Dimension's jaunt in the community before getting a day 9 test result back will culminate in an Omicron outbreak.

We're also set to find out if an Air NZ crew member with Omicron's last remaining close contact has tested positive, and more details on how a community case ended up in Napier.

9:50am - A little reminder that everywhere that was under the red setting of the traffic light system yesterday is at orange today - except for Northland.

Those settings will be reviewed again in just under three weeks.

Unite Against COVID-19 have produced the below graphic to explain what life looks like with the relaxed restrictions.

9:20am - French government officials are condemning an apparent anti-vaccine attack that saw the car and garage of an MP set on fire and an adjacent wall scrawled with graffiti.

The suspected protest at the home of Pascal Bois comes as the government prepares to tighten legislation on COVID-19 shots amid soaring infection numbers.

"Such criminal acts of intimidation are not acceptable in a democracy," Interior Minister Gerald Darmanin said on his Twitter account on Thursday, adding that police had opened an investigation.

9am - The Omicron variant has fuelled thousands of new COVID-19 hospitalisations among US children within weeks, raising new concerns about how the many unvaccinated Americans under the age of 18 will fare in the new surge.

The seven-day-average number of daily hospitalisations for children between December 21-27 is up more than 58 percent nationwide in the past week to 334, compared to around 19 percent for all age groups.

Fewer than 25 percent of the 74 million Americans under 18 are vaccinated, according to the CDC.

Read more about how a COVID-19 hospitalisation surge among US children is spurring new Omicron concerns here.

8:40am - ACT leader David Seymour has lashed out at the Government over My Vaccine Pass, which is being updated after a flaw within the app was exposed this week.

Seymour pointed out that if you delete the vaccine pass from your phone's wallet and reinstall it, the end date resets until June 1, 2022.

"The expiry date is meaningless. It's not linked to your vaccination date and immunity levels, just when you downloaded the pass," he explained on Twitter.

"The truth is, the Govt has no plan so just set an arbitrary date. It's failing to get the basics of the vaccine rollout right, despite being among the last in the world to do it. As the costs of COVID-19 start to mount, we need a Govt that asks so much of Kiwis to do better."

8:15am - Remember this time last year, when we we were enjoying our Christmas holidays smug in the knowledge that we'd conquered COVID-19?

Fast-forward to the end of 2021, where we now know there were more threats to come - including the arrival of Delta and Omicron on our shores.

Read Mark Quinlivan's piece on how everything changed this year - including our once globally hailed elimination strategy.

8am - Tributes are flowing for late Chinese COVID-19 whistleblower, Li Wenliang, on the anniversary of the day when he learned of the virus and shared the information with fellow doctors.

Li, an ophthalmologist at a hospital in Wuhan where the Sars-CoV-2 virus outbreak was first detected, was reprimanded by local police in early 2020 after information about it was shared on social media.

On January 12 that year he went to hospital, having been infected with the virus that causes COVID-19, and died less than a month later.

His death led to an outpouring of grief on social media at a time when people were on edge about the virus and authorities were under fire over a perceived lack of transparency and a hardline approach taken to whistleblowers like Li.

7:45am - Investigations are continuing today after Hawke's Bay DHB confirmed a person in Napier tested positive for COVID-19.

It's the first case in the city since a man moved from Auckland to Napier in mid-November. Medical Officer of Health Dr Nick Jones said the case is isolating at home and is getting appropriate support.

All known close contacts of the case have been identified, are isolating and are being tested for COVID-19.

People in the region who are experiencing cold or flu symptoms are urged to get tested.

7:30am - COVID-19 records have tumbled in Europe, where Italy and Greece have recorded their highest daily case numbers ever, Turkey's experiencing a surge and the UK struggles to cope with an influx of hospitalisations.

In the US, experts are warning it could be a tough month ahead of an announcement that vaccines are safe for 12-15-year-olds.

Elsewhere Israel is unveiling a fourth vaccine shot and Russia has overtaken Brazil to become the country with the world's second-highest death toll from COVID-19.

Read all about it here.

7am - Forgotten what the difference is between the red and orange light? Let us jog your memory.

The main change is at orange, tight gathering limits can be relaxed.

There will be no limits on hospitality, gatherings, events, close contact business, gyms so long as vaccine passes are used. However without the use of passes, limits will be applied and some businesses won't be able to operate at all.

An explainer on the other differences between the traffic light colours can be found here.

6:45am - Auckland and many other areas moved from the red setting of the traffic light system to orange at 11:59pm on Thursday, December 30.

Northland is the only red region that didn't change its settings, owing to its comparatively low vaccination rate.