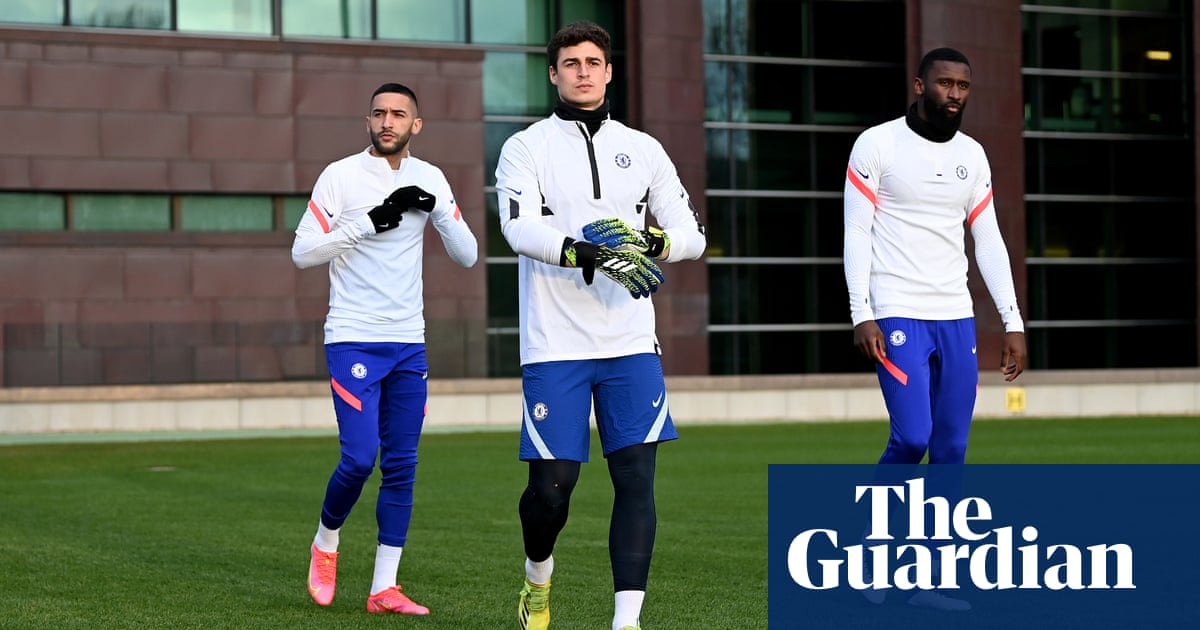 Thomas Tuchel was forced to send Antonio Rüdiger in from training early after the defender was involved in a heated dispute with Kepa Arrizabalaga less than 24 hours after Chelsea’s shock 5-2 defeat to West Brom at Stamford Bridge.

Tuchel had called for calm after seeing Chelsea stumble in the race to qualify for the Champions League, only to have to intervene when emotions spilled over during a training session. The manager ordered Rüdiger back to the changing room five minutes early after the defender had a pushing match with Arrizabalaga during a small-sided game.

The incident is understood to have taken place when Rüdiger went in late on the Chelsea goalkeeper. Arrizabalaga reacted badly and an angry exchange of views turned physical, forcing teammates to pull the pair apart.

Tuchel, whose 14-game unbeaten run came to an end against West Brom, quickly took charge and sent Rüdiger in early after deciding that his fellow German was not calm enough to complete training. Arrizabalaga stayed to finish the session. Rüdiger later apologised to the Spain international and Tuchel, who needs a positive reaction when Chelsea play the first leg of their Champions League quarter-final against Porto on Wednesday, is believed to feel the matter has been resolved.

Yet Rüdiger and Arrizabalaga, neither of whom featured against West Brom, were not the only players to clash after the defeat to Sam Allardyce’s struggling side. César Azpilicueta, Chelsea’s captain, had an argument with Reece James in the dressing room after the game. James was partly culpable for West Brom’s second goal on a day when Chelsea’s entire defence failed to impress, with Thiago Silva sent off for two bookings inside 29 minutes.

Tuchel, who replaced Frank Lampard in September, will need to ensure that his squad remains united. Although Chelsea remain fourth thanks to Tottenham’s stumble at Newcastle, Sunday’s incident was a reminder that the mood can turn quickly during times of adversity.

Rüdiger is one of the biggest personalities in the squad and although the 28-year-old has impressed since Tuchel’s appointment, he had a difficult relationship with Lampard and the former manager’s assistant, Jody Morris.