Socceroos topple All Whites in Brisbane

RNZ
Share on FacebookShare Share on TwitterTweet
Australia defeated the All Whites 1-nil in Brisbane last night after a sensational strike to Spanish-based winger Awer Mabil.

Australia defeated the All Whites 1-nil in Brisbane last night after a sensational strike to Spanish-based winger Awer Mabil. 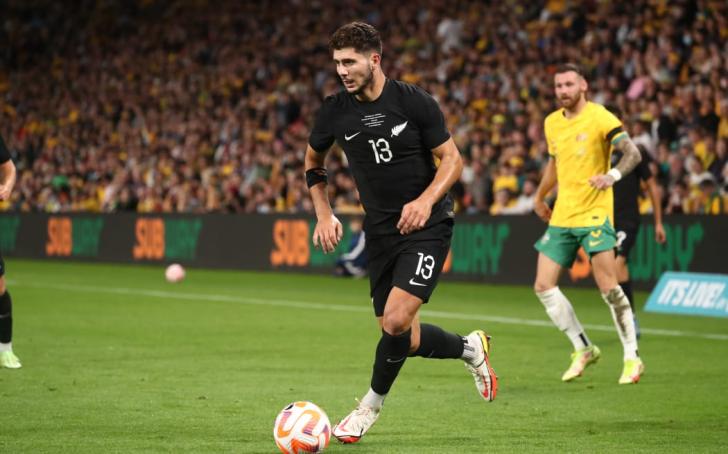 Mabil slotted the goal in the 33rd minute, cutting inside to lash a shot past New Zealand keeper Oli Sail from the edge of the penalty area.

New Zealand's best chance came in the 10th minute with Andre de Jong unable to convert a one-on-one, finishing on the wrong side of the goalpost after Chris Wood flicked on a long kick from Sail.

The attacking intent was evident in the first minutes of the game, with defender Tim Payne picking the pocket of Trent Sainsbury to crack in an early shot.

A lovely turn from All White Liberato Cacace in the 26th minute saw the Empoli player create some space on the edge of the Australian penalty area, but his shot was deflected.

An excellent save from Sail to deny Leckie in the 85th minute kept the Socceroos to one goal.

"It's a local derby, you have be physical, you have to fight," said Chris Wood.

And while there were many positives to take from the game, the captain's other post-match reflections served as a reminder of the high expectations the team has for itself, and the focus they will bring back to New Zealand.

"It was one of those we could have done a lot better," he said.

The two teams meet again on Sunday afternoon at Eden Park before Australia head to the Qatar World Cup.