Pence says he opposes removing Trump with the 25th Amendment

RNZ
Share on FacebookShare Share on TwitterTweet
US Vice President Mike Pence said in a letter to House of Representatives Speaker Nancy Pelosi that he is opposed to invoking the 25th Amendment to remove Trump from office.

US Vice President Mike Pence said in a letter to House of Representatives Speaker Nancy Pelosi on Tuesday that he is opposed to invoking the 25th Amendment to remove President Donald Trump from office. 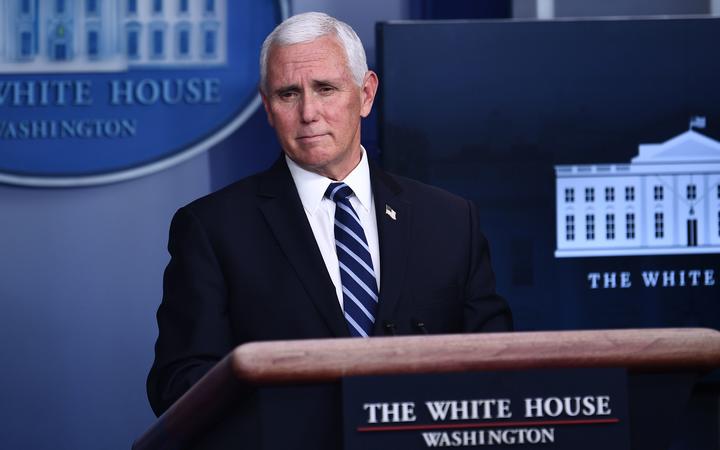 "I do not believe that such a course of action is in the best interest of our Nation or consistent with our Constitution," Pence said.

Meanwhile, Trump's iron grip on his party showed further signs of weakening as at least three Republicans, including a member of the House leadership, said they would vote to impeach him after his supporters stormed the Capitol.

Liz Cheney, the No. 3 Republican in the House of Representatives, said: "There has never been a greater betrayal by a President of the United States of his office and his oath to the Constitution," as the Democratic-led chamber moved forward on a path to remove Trump from office.

Trump "summoned this mob, assembled the mob, and lit the flame of this attack" on the Capitol last Wednesday, Cheney, the daughter of former Republican Vice President Dick Cheney, said in a statement, adding: "I will vote to impeach the president."

Two other Republican House members, John Katko and Adam Kinzinger, said they would also vote for the historic second impeachment of the Republican president, who leaves office in just eight days.

Their announcements came as Republican leaders in the US House of Representatives on Tuesday refrained from urging their members to vote against impeaching Trump, saying it was a matter of individual conscience after his supporters ransacked the Capitol.

The House plans to vote as soon as Wednesday local time on an article of impeachment charging Trump with inciting insurrection unless he resigns.

The New York Times reported that the Republican majority leader of the US Senate, Mitch McConnell, was said to be pleased about the Democratic impeachment push, suggesting Trump's party was looking to move on from him after last week's stunning attack on Congress.

McConnell believes the impeachment effort will make it easier to purge Trump from the party, the Times said.

Making his first public appearance since last Wednesday's riot, Trump showed no contrition for remarks he made to supporters at a rally before they stormed the seat of Congress and also lambasted Democrats for pushing ahead with a drive to impeach him for an unprecedented second time.

"What I said was totally appropriate," Trump told reporters as he left for a trip to the US-Mexico border wall near Alamo, Texas, his first public foray since the assault on the Capitol. "I want no violence."